Neretva Delta – an amazing place for birdwatching in Croatia! – Biom

Neretva Delta – an amazing place for birdwatching in Croatia!

Neretva Delta is considered a birdwatching hotspot in Croatia for avid and beginner birders, throughout all seasons of the year. Biom's ESS volunteer Estela Marques visited Neretva for a rich birdwatching experience. 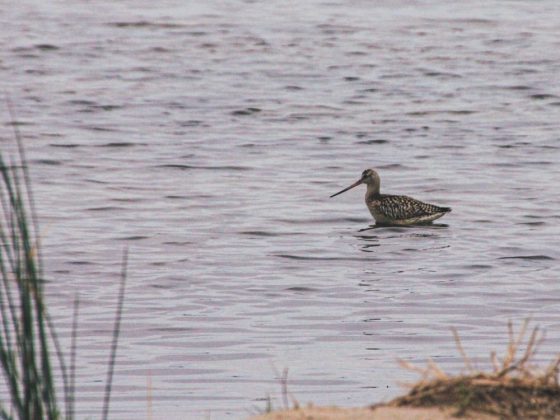 Wetlands are one of the most fragile, threatened and deteriorating ecosystems in the world. In the Mediterranean Basin, coastal wetlands take form as temporary marshes, lagoons and, more prominently, river deltas. Examples of these formations include the rivers Po in Italy, Rhône in France, Nile in Egypt, and Neretva in Croatia. The latter is the largest river mouth in Croatia and is one of the biggest and most valuable marshlands of the few that remain in Europe. If you consider coming to Croatia for birdwatching, you definitely should visit the Neretva Delta. 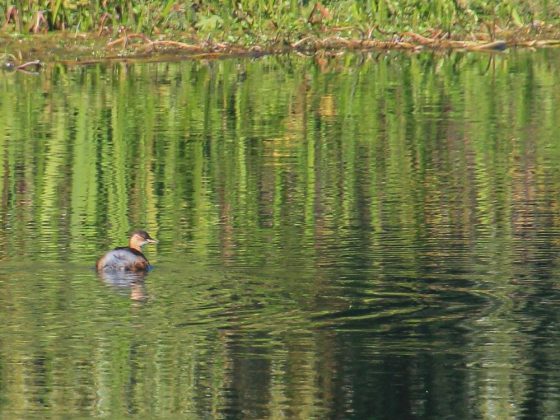 With a total area of 20 000 ha (12 000 ha of which are in Croatia), Neretva Delta has been included in both the List of Ramsar Wetlands of International Importance since 1992, as well as the European ecological network NATURA2000 since 2014. The river springs in Bosnia and Herzegovina and flows south, through Dubrovnik-Neretva County in Croatia, where it reaches the Adriatic Sea. It is the largest karst river in the Dinaric Alps and notable for its diverse ecosystems and habitats, like vast reedbeds, lagoons, pastures, sandbanks, riparian forests, and narrow river valleys. It is justifiably considered a bird paradise, counting a total of 310 species recorded, 115 of them nesting. As the only major wetland on the eastern Adriatic coast, the delta presents a vital stopover for migratory birds travelling on the Adriatic flyway between breeding and wintering grounds.

Thanks to this, Neretva Delta is considered a birdwatching hotspot in Croatia for avid and beginner birders, throughout all seasons of the year. In the river mouth, where salty water blends with fresh and the sandbanks create shallows and mud flats, invertebrate life flourishes, which attracts a range of bird species from different groups. During one early autumn fieldwork trip, we came across large mixed flocks of ducks: Mallards (Anas platyrhynchos), Northern Pintails (Anas acuta), Shovelers (Anas clypeata) and Eurasian Wigeons (Anas penelope) looking for food together with Grey Herons (Ardea cinerea) and Little Egrets (Egretta garzetta). We could see species like Purple Herons (Ardea purpurea), Spoonbills (Platalea leucorodia) and Squacco Herons (Ardeola ralloides) as well. Worth mentioning is the presence of Croatia’s largest breeding population of Great Bittern (Botaurus stellaris) and Baillon’s Crake (Zapornia pusilla). 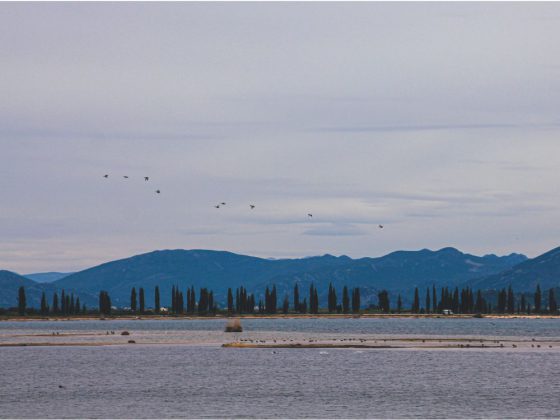 Turning the telescopes to the shore and sandbanks, we saw waders small and large kinds foraging the murky soil: from the small Dunlins (Calidris alpina) and common Ringed Plovers (Charadrius hiaticula), to Eurasian Oystercatchers (Haematopus ostralegus), Pied Avocets (Recurvirostra avosetta), Common Sandpipers (Actitis hypoleucos), Grey Plovers (Pluvialis squatarola). We were even surprised by the appearance of the sporadic Bar-tailed Godwit (Limosa lapponica). Our list of observed birds kept growing by the hour. What an amazing place for birdwatching in Croatia! 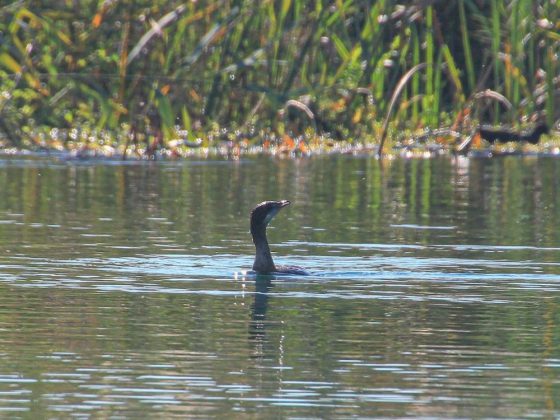 Either there or further inland, birds could be seen flying the skies at all times: Yellow-legged Gulls (Larus michahellis) and Black-headed Gulls (Chroicocephalus ridibundus), as well as raptors like Marsh Harriers (Circus aeruginosus), Common Buzzards (Buteo buteo) and Eurasian Sparrowhawks (Accipiter nisus). We marked several species in great numbers in and around the river canals, through the agricultural fields and mandarin plantations: Coots (Fulica atra), Moorhens (Gallinula chloropus), Pygmy Cormorants (Microcarbo pygmaeus) and Little Grebes (Tachybaptus ruficollis). The ever colourful Kingfisher (Alcedo atthis) was also recorded several times, which always brings delight to both novice and expert birdwatchers. It is also possible to find Bearded Tits (Panurus biarmicus), dangling in the reedbeds and unmistakable, where they found a suitable location to nest in. If you find the time to wander and explore the rocky slopes of the hills surrounding the valley, you may also be able to see Rock Partridges (Alectoris graeca), Western Rock Nuthatches (Sitta neumayer) and Blue Rock Thrushes (Monticola solitarius). 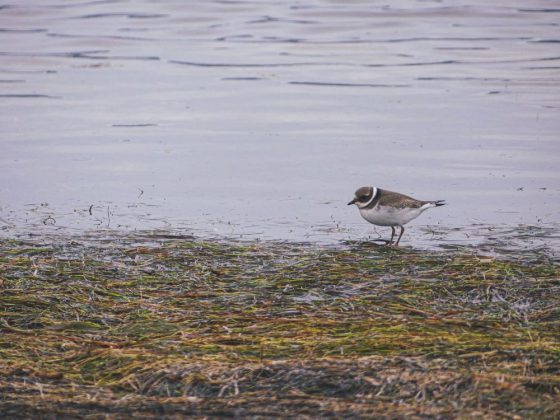 Regarding passerines in particular, several species could be seen flocking around or lurking in the vegetation. As we walked the paths bordering the canals, a constant chirping is noticeable – Cetti’s Warblers (Cettia cetti), Blackcaps (Sylvia atricapilla), Reed Warblers (Acrocephalus scirpaceus), European Robins (Erithacus rubecula) and Chaffinches (Fringilla coelebs) graced us with their presence. Flocks of vibrant Goldfinches (Carduelis carduelis) were also seen flying from shrub to shrub, and near the water, we spotted White Wagtails (Motacilla alba) and Grey Wagtails (Motacilla cinerea) twitching back and forth. In the sky, the last flocks of Barn Swallows (Hirundo rustica) and House Martins (Delichon urbicum) of the season were spotted, with a special mention to the Red-rumped Swallows (Cecropis daurica). 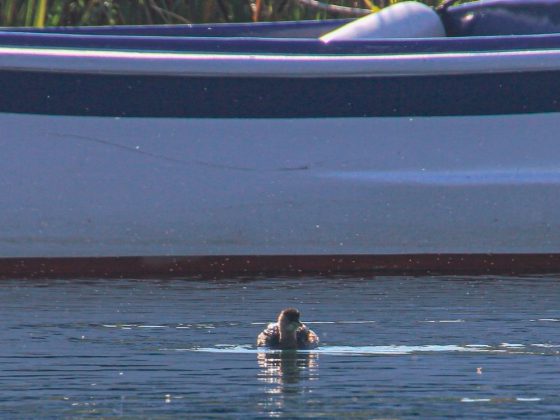 As seasons change, so do the species that you can find in the Neretva Delta. During our short stay under the warm autumn sun, we were greeted by numerous species from different groups, many more than we expected to find. Both migrants who fly south and resident species choose Neretva Delta as their prime resting/feeding location. In much the same way, spring will bring birds coming from southern wintering grounds that use the delta as a resting place before crossing the Dinaric mountains. 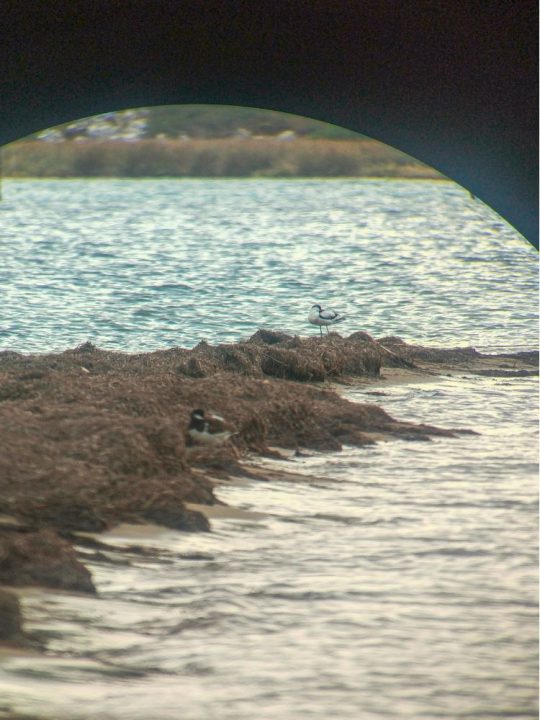 Although recognized as a place of special importance for a lot of species and having formally designated protected areas, Neretva Delta is under continuous anthropogenic pressure that threatens its wildlife. Agricultural and urban development has been pushing further into the wild nature of the delta, polluting water and ground. In addition, poaching is a poignant reality that has brought some species close to the brink of extinction. Even so, researchers and local authorities work together, organising regular monitoring of bird populations and activities that threaten their existence and raising public awareness in Neretva and all its surroundings.
Estela Marques 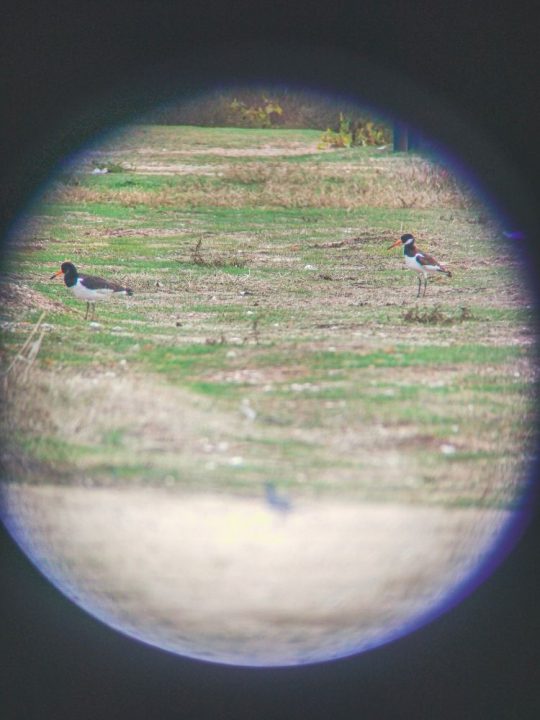 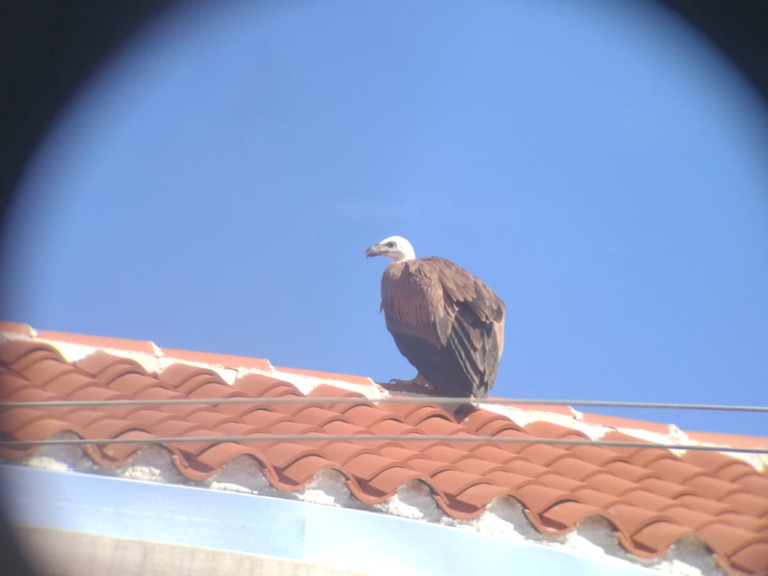 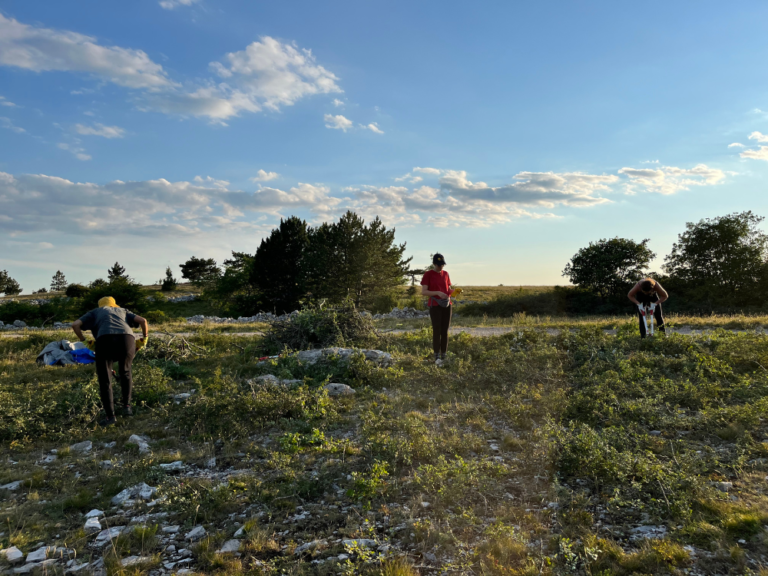 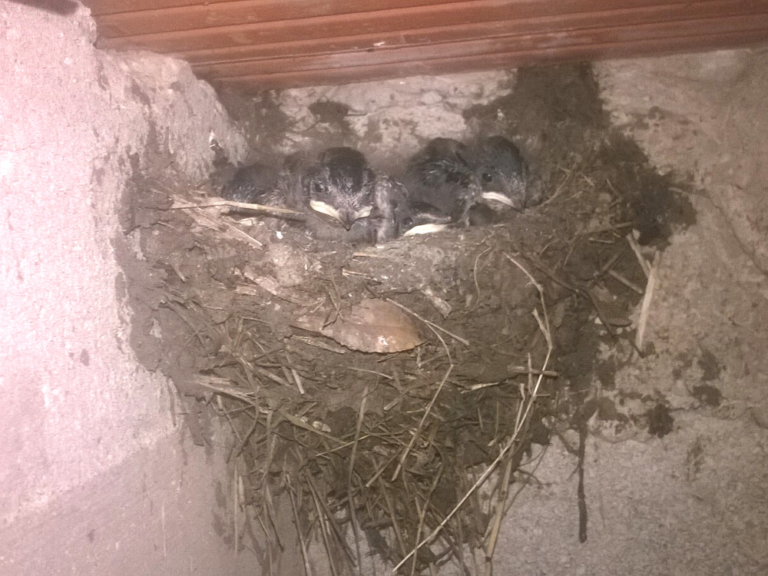