Whether you have grown up at the countryside or in the city, a sparrow was probably one of the first birds you saw

House sparrows are very rarely found far from human settlements. Their lives have been connected with people for a very long time, probably even several thousand years! Their association with humans is so strong, that it’s even reflected in their name – ‘domesticus’ means ‘home’, ‘domestic’. Although house sparrows originally come from Eurasia, right now they can be found all over the world – wherever there are people, there are also sparrows. They were intentionally or accidentally introduced into all continents apart from Antarctica. 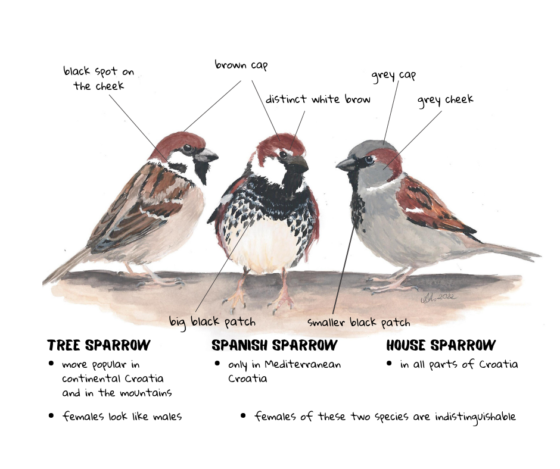 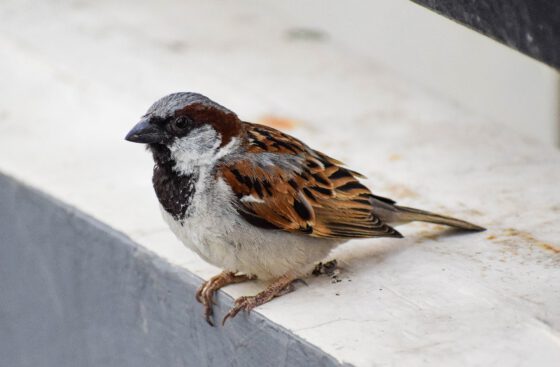 Sparrows are one of the most numerous bird species on Earth, so they can’t be considered endangered, but their population is dwindling. During the last 40 years, their numbers in Europe has decreased by 247 million! Why is it happening? There are so many people in the world, so there should be also many sparrows… or shouldn’t there?

There are three main factors contributing to sparrows’ population decline:

Sparrows are not the only species which life is intertwined with ours. There are numerous plants, birds and invertebrates who coevolved with humans. They found their niches – their places in the ecosystem – in spaces created by people. When asked about wildlife conservation measures, most of us would probably mention a nature reserve or a national park. But protecting wildlife is not always about leaving it alone. For example, a beautiful flower, Greater Pasque Flower (Pulsatilla grandis), can only grow if the cattle will eat some plants that would otherwise smother it. Many common flower species, like dandelions (Taraxacum officinale) or daisies (Bellis perennis) grow almost only on our lawns or on the sides of the roads – they became dependant on humans mowing the grass and therefore creating a perfect habitat for them to grow. Some raptors, for example harriers, hunt mostly in open areas, like fields. However, just like the sparrows, many of such species are endangered and their population is in decline. The threat here is not that people modify the environment – these animals and plants has adapted to this modified environment. They adapted to it so well, that often they cannot survive without it. So what is the problem? The problem is that within the last couple of decades, people drastically changed the way they operate. In many places, traditional farming has been abandoned and replaced by industrial farming. Humans invented toxic chemicals and introduced monocultures to increase their crops. They closed cows, pigs and chickens in cages to maximize the profits. Unfortunately, by doing so, not only we poison ourselves and sentence livestock to sad and painful lives, but we also eliminate the space for many, many different species. 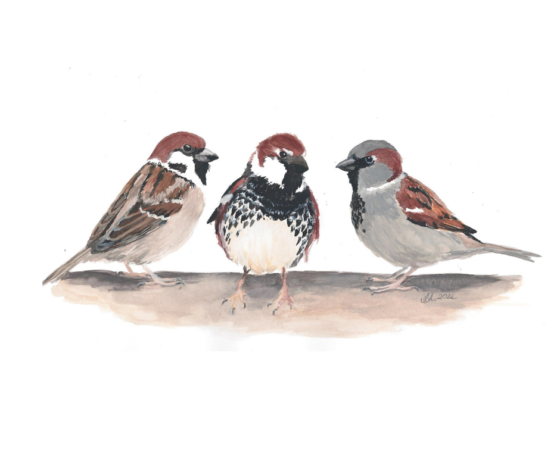 It is worth to remember that, while many plants’ and animals’ survival depends on us, we are also dependent on other species. Sometimes the connection isn’t as obvious as it is, for example, with bees. In 1958, Chinese government decided to kill sparrows and other ‘pests’ like rats and insects. Rats and insects proved to be very difficult to eradicate, but millions of small birds were slaughtered. What was the outcome? China was plagued by incredibly high number of locusts and other plant-eating insects. As a result, as many as 45 million people died from starvation. Eventually, China petitioned to other countries to send them some sparrows to rebuild the population! Fortunately, it worked.

How can you help the sparrows and other human-dependent species?

We celebrate World Sparrow Day! Go and find out which species of sparrow lives in your backyard 🙂 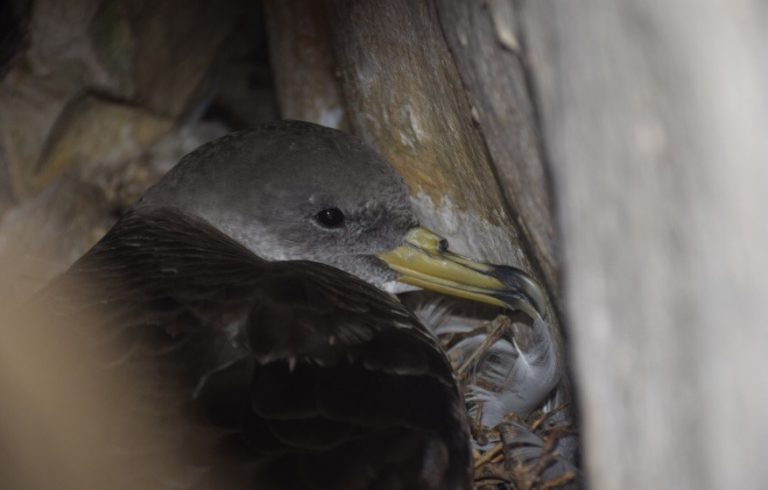