Save The Frogs Day – Biom

Save The Frogs Day

Some of the biggest dangers for frogs are pollution, habitat loss, invasive species and fungal diseases

Last Saturday of April marks the Save the Frogs Day. A fairly new holiday, established in 2009, it aims to raise awareness of multiple problems that frogs all over the world face. Not a lot of people know the danger amphibians are in and this is just the date to change that!

Frogs belong to the class Amphibia, along with toads, newts, salamanders and caecilians. Despite having sack-like lungs, they heavily depend on their thin skin for breathing. Like all amphibians, they need water to survive. But it doesn’t necessarily mean frogs use water-bodies for everyday life. Many species spend most of their lives outside of water, with mucus keeping their skin moist. What frogs need the water for the most, is their offspring. Excluding several fascinating species, frogs lay eggs in the water where freshly hatched tadpoles can develop and get ready for metamorphosis. Amphibians depend on water environment for this one specific event, when they change from tadpoles and larvae into adult forms. 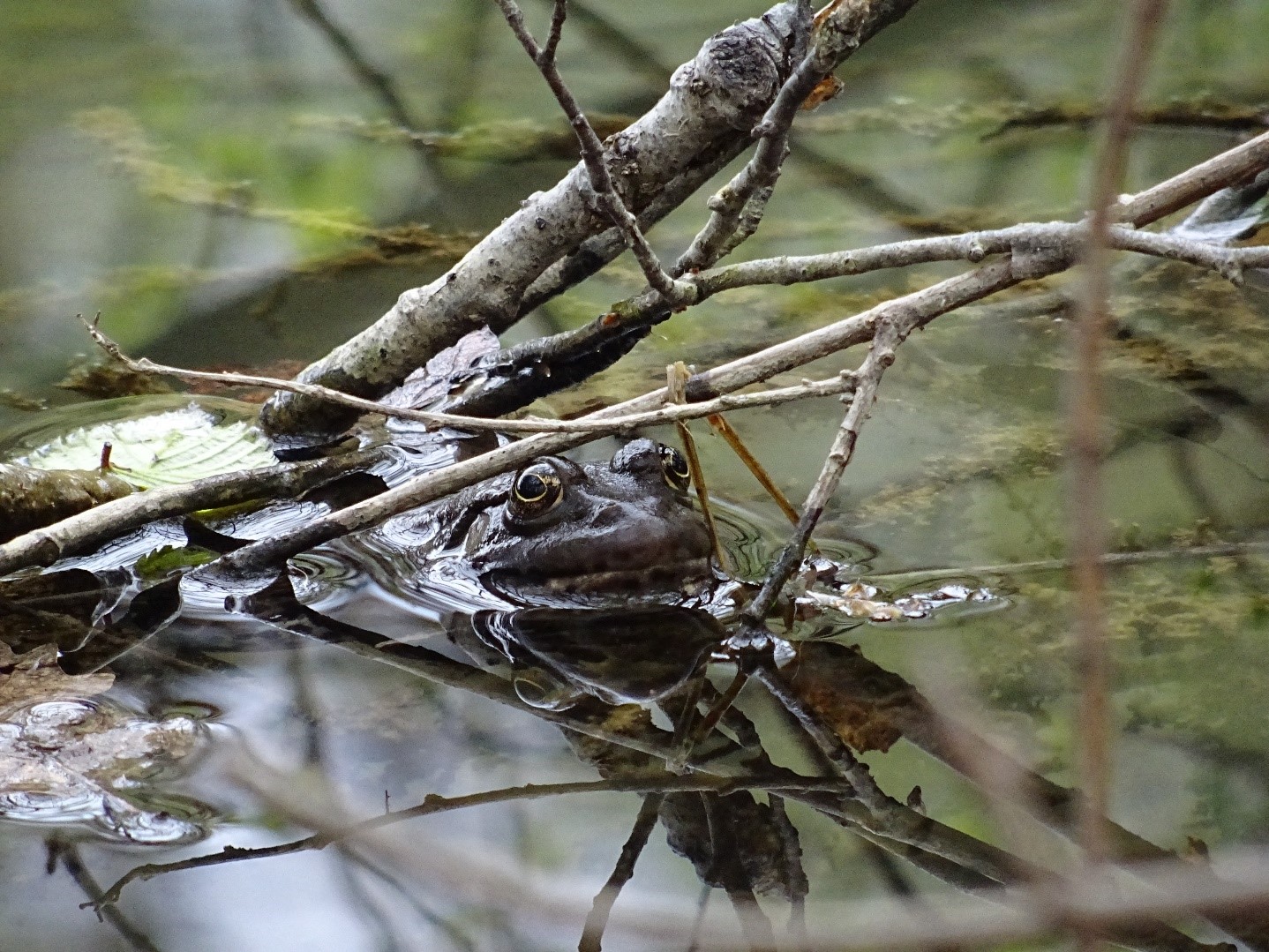 Some of the biggest dangers for frogs are pollution, habitat loss, invasive species and fungal diseases. Due to their vulnerable skin, frogs are a good indicator of clean waters and surrounding areas. Any sort of pollution, like pesticides, oil spills, chemicals in soaps or sprays, etc., may affect amphibians. They can absorb it into their bodies through thin skin and it can cause internal damage or even death. Even handling frogs after putting mosquito spray or hand-cream on you can harm them.

Habitat loss is endangering most animals on Earth, not only frogs. The principle here is the same: by claiming their habitats for our own purposes, we limit their living space. It means less places for young individuals to migrate to, which can cause areas to become overpopulated, with not enough food for all. With too many individuals in one place during breeding season, there won’t be enough space for all females to lay eggs. From too many animals it’s a quick road to a decline in the population. 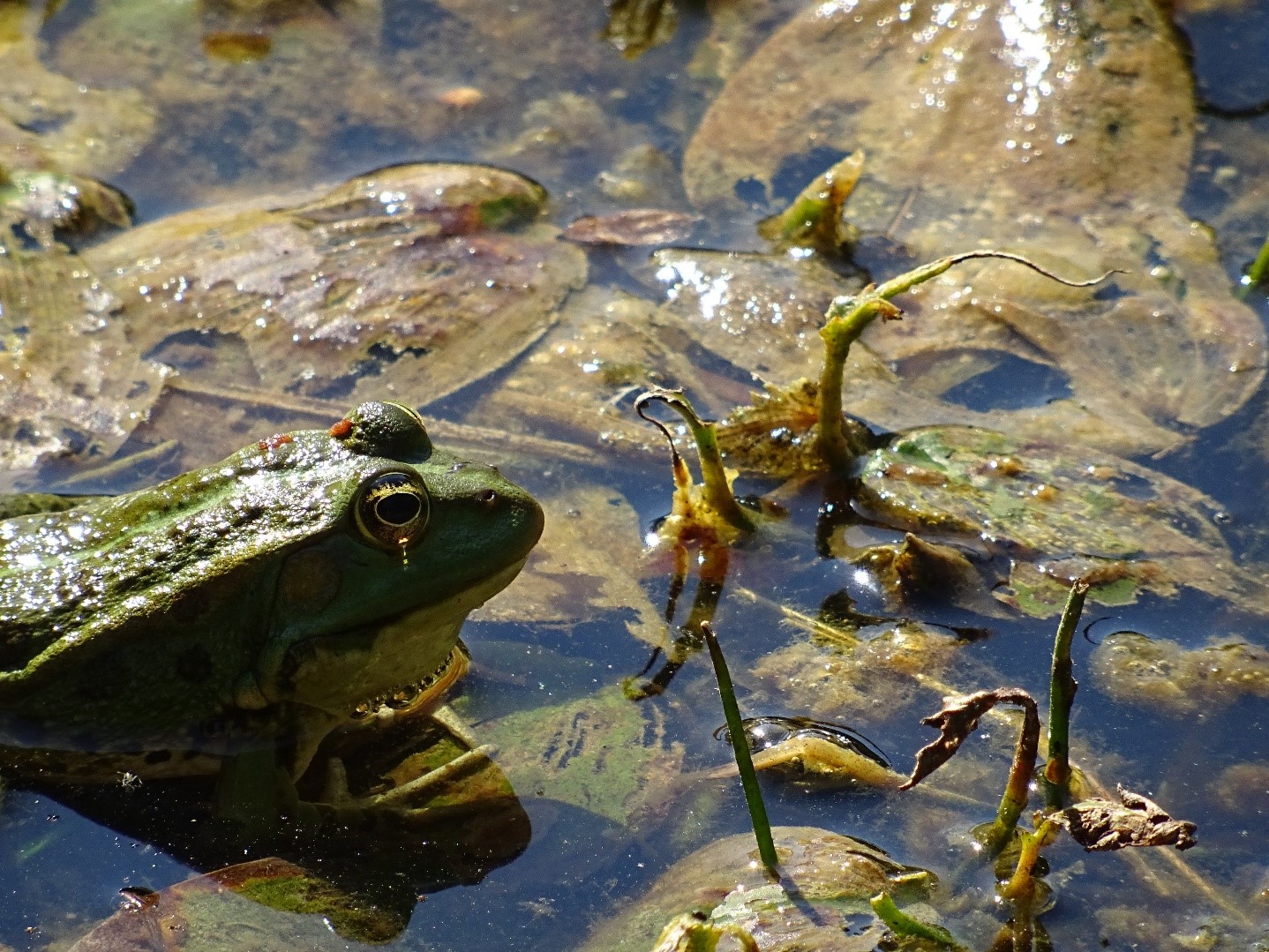 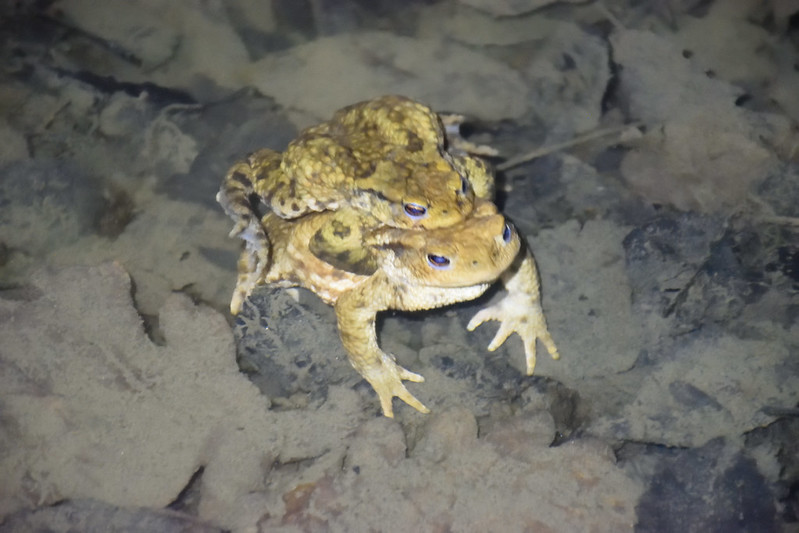 Where there are frogs, there are also frog predators. Many bird and mammal species include frogs in their diets, but a healthy balance is kept. Also tadpoles fall prey to fish or even adult amphibians. But when a new species enters the stage, the balance is broken. It can be a fish that someone released and it aggressively preys on the tadpoles. Or it can be a different, non-native species of frog that forces the native species out of its habitat or consumes its food resources.

A very dangerous disease for all amphibians is chytridiomycosis. It is caused by a fungus and spread through zoospores in the water. In the majority of infected individuals it leads to death, although some species are apparently resistant to it, like the American bullfrog. The disease spreads easily as the spores can be moved not only through the water, but also on clothes and equipment. Chytridiomycosis has the biggest impact in Americas and Australia, but the European situation should be closely monitored to prevent big outbreaks.

Frogs’ situation seems dire and it is certainly not an easy one. But there are things we can do to help our jumpy friends. Start buying products for which pesticides weren’t used. Don’t release pet frogs (or any other pet!) into the wild. Build a frog pond in your garden or neighborhood. Don’t buy bottled water, drink from the tap. Learn about native frog species in your country and set out to observe them. You can find many more suggestions on the official Save the Frogs website. Amphibians are fascinating animals to learn about and to look out for, see for yourself!

The project is funded by the European Solidarity Corps programme.