Even if you are lucky enough to see a mammal, it might not always be easy to identify it, and even more difficult to find out whether it is common in the region of Russia where it was encountered, or if it is rare.

As a biologist by training, for the last couple of years I have been mainly interested in the study of mammals and birds. Although birds are usually quite easy to spot and watch day to day, even in the city center, the situation with mammals is different. Even if you are lucky enough to see one, it might not always be easy to identify it, and even more difficult to find out whether it is common in the region of Russia where it was encountered, or if it is rare. A project called “Mammals of Russia” can help people find answers to these questions, and thanks to it one can not only learn more about the distribution and species diversity of mammals, but also contribute to the study of this group of animals.

Anyone can become a participant in the project, be it a zoologist from the Academy of Sciences, a biology student, or just a person who loves nature. To participate, it is enough to create your account on the website rusmam.ru and either start entering data on animal encounters or studying the data that is already available. The great advantage of the site is that all information is checked by an expert before publication, and therefore the display of incorrect data is, if not excluded, then certainly minimized. 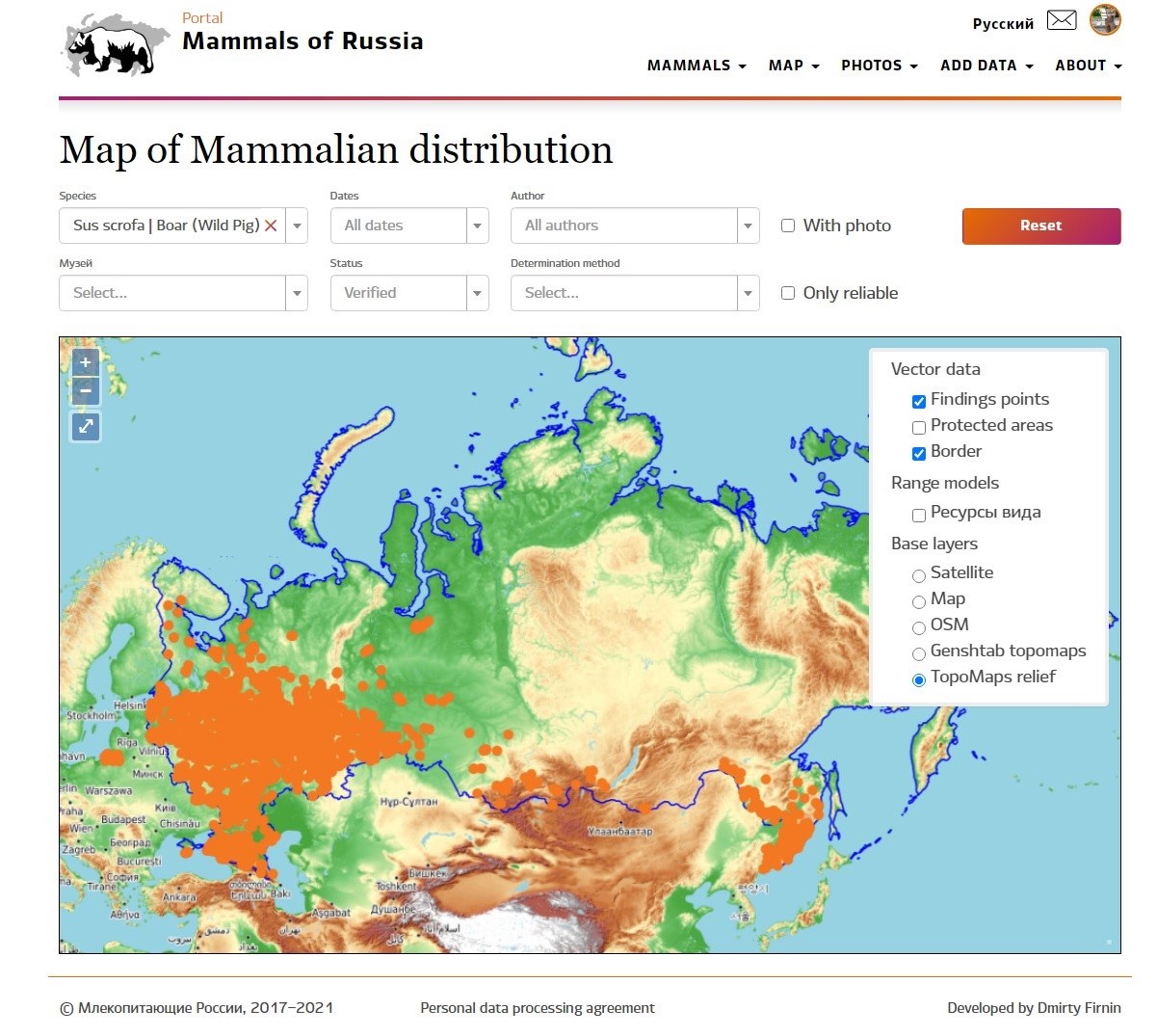 Another one of the site’s advantages is the ability to see a map of all locations where a particular species was encountered (for example, a wild pig) and assess where the animal was seen more often, where it has not yet been notes, etc. In addition, it is possible to select different types of maps (OSM, Sattelite), display the boundaries of reserves and national parks, and load an area model for certain species (for the European part of Russia). 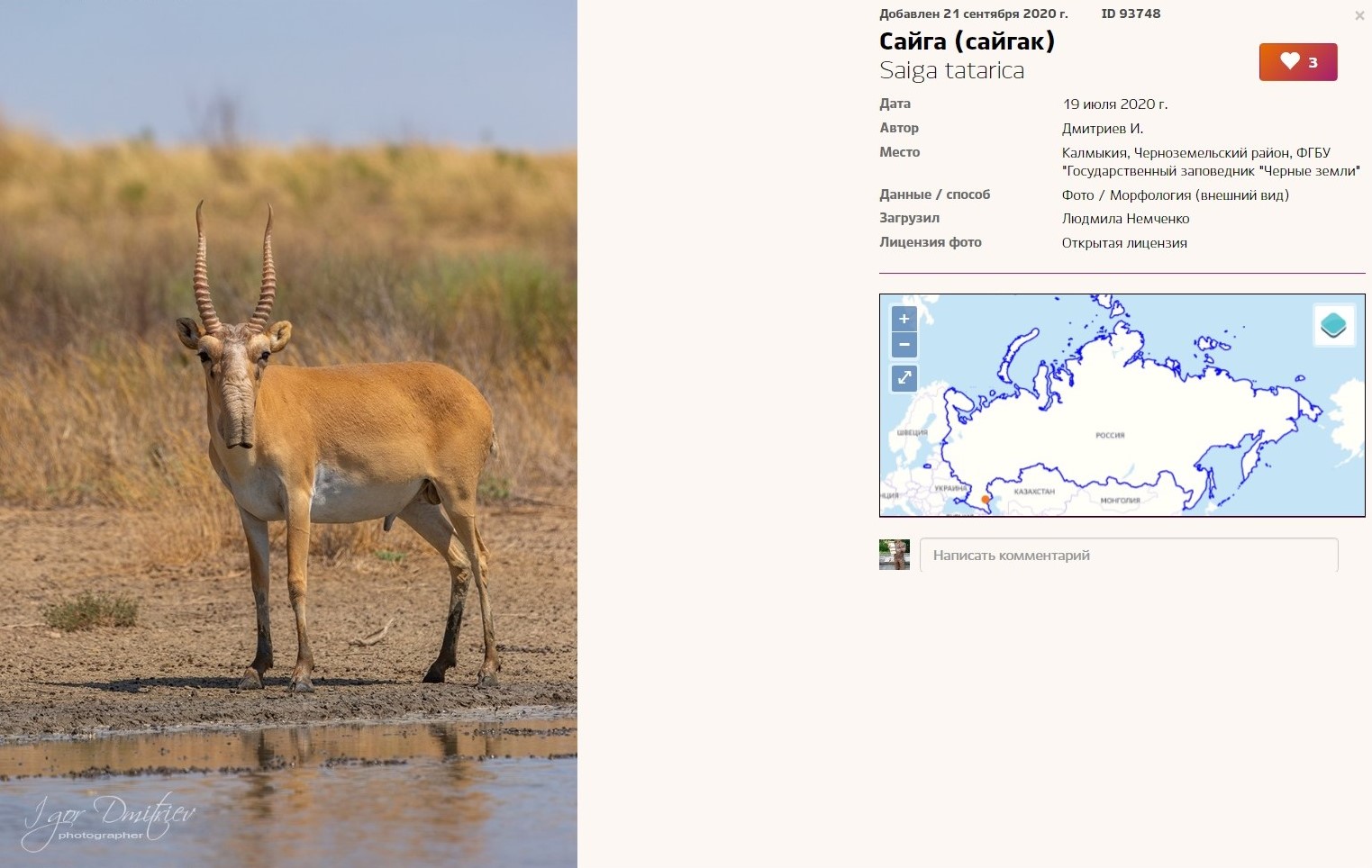 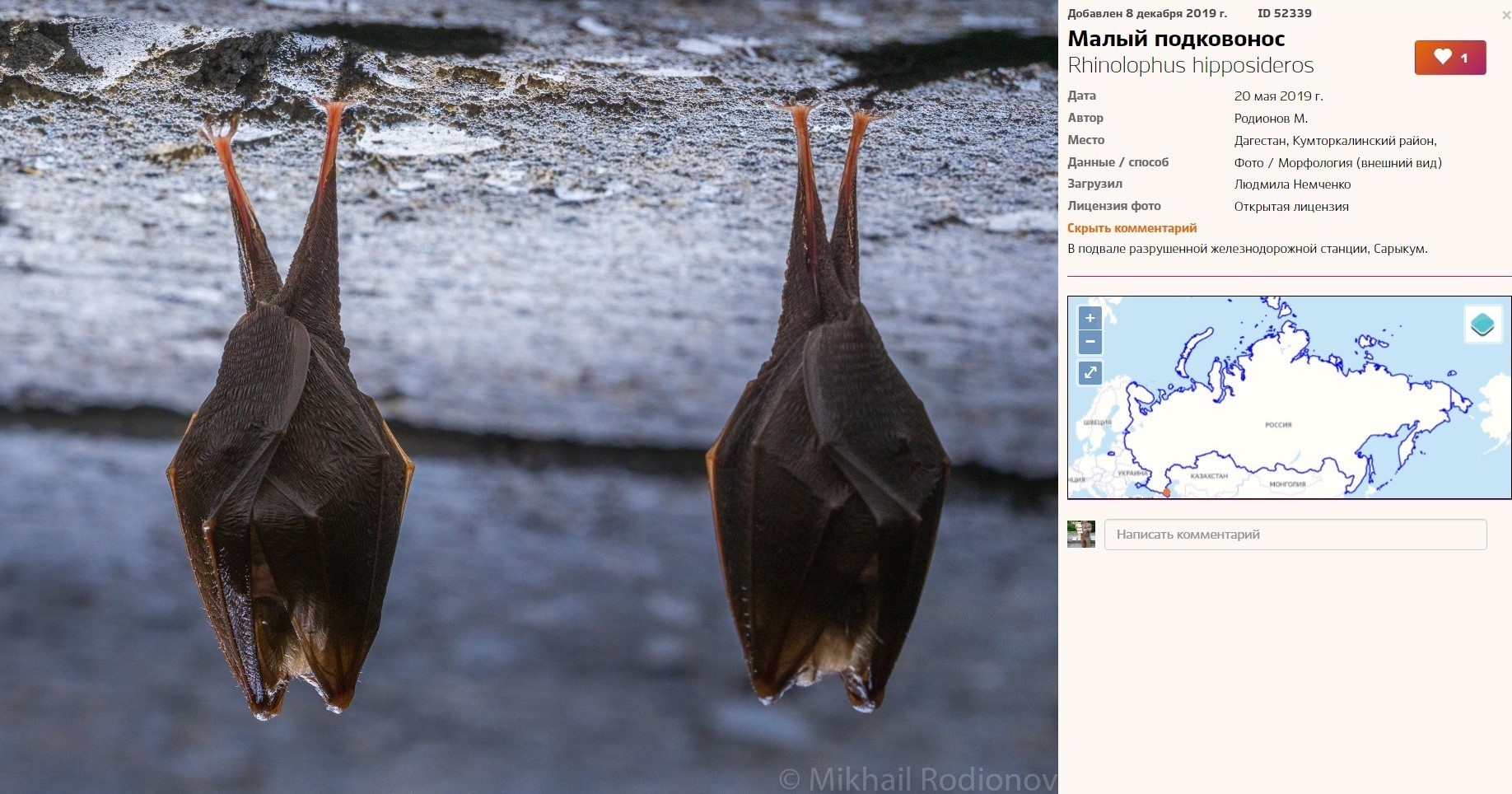 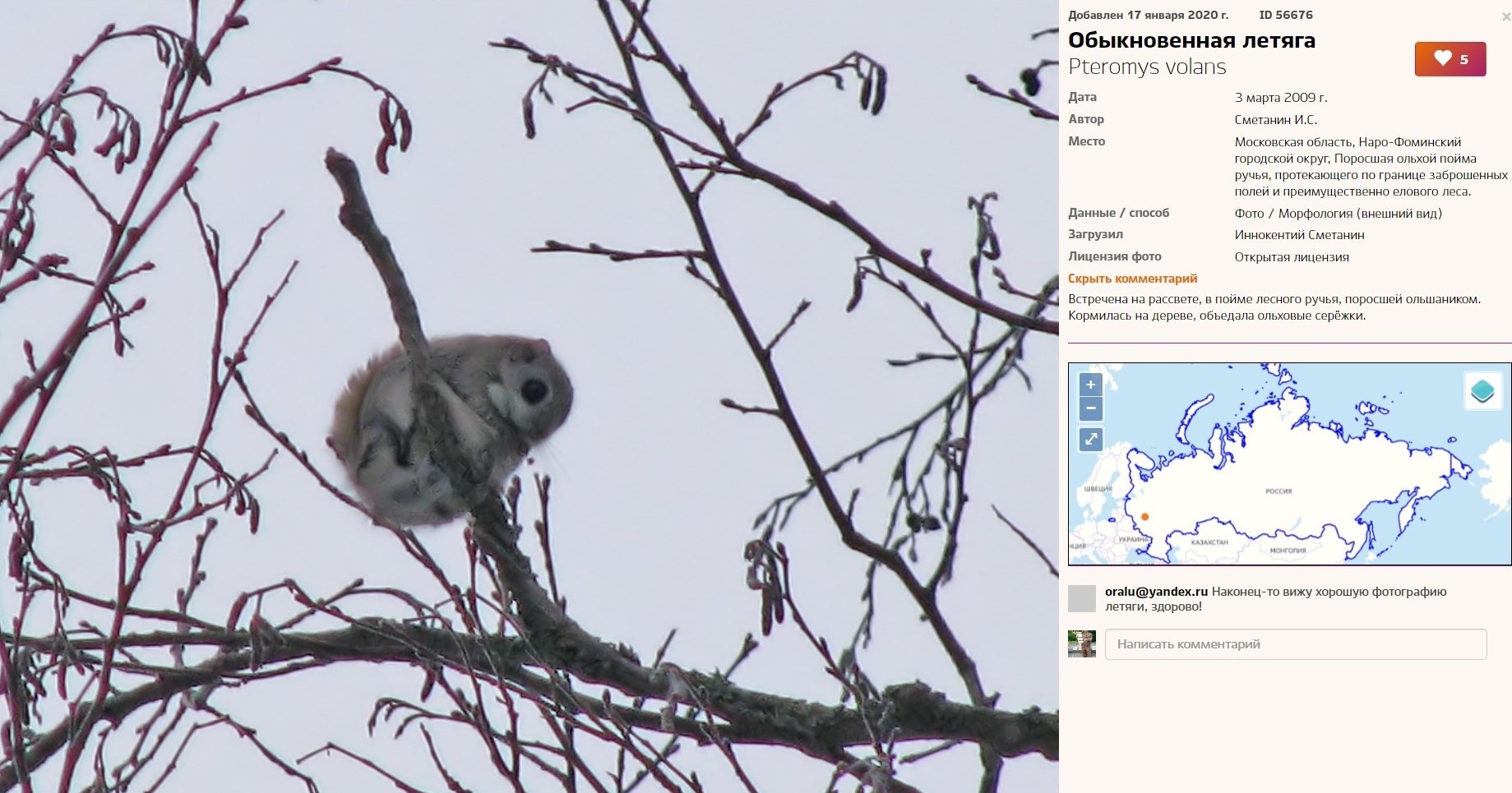 What else can this site be useful for? It provides a rich database of photographs of animals and their traces and tracks (over 11,000 files), thanks to which you can get an idea of ​​the appearance of the animal, as well as how to identify its presence in the wild. In addition, the site contains literature – books and articles – with the help of which you can also increase your knowledge. In the future, they plan to add a downloadable guide to mammals.

Unfortunately, at the moment, the site hasn’t been fully translated into English, since it is primarily aimed at Russian-speaking people. But if you want to check out the photos of animal encounters, you can also check the related Facebook page.

“Why all this information about “Mammals of Russia” on the website of a Croatian environmental organization?” you might say, having read up to this moment. And the fact is that Association Biom has a similar site (fauna.hr), although birds are currently the most well-documented animal group on it. Frankly, I will be very pleased if, after reading this article, you would like to contribute to the study of the distribution of mammals in Croatia. 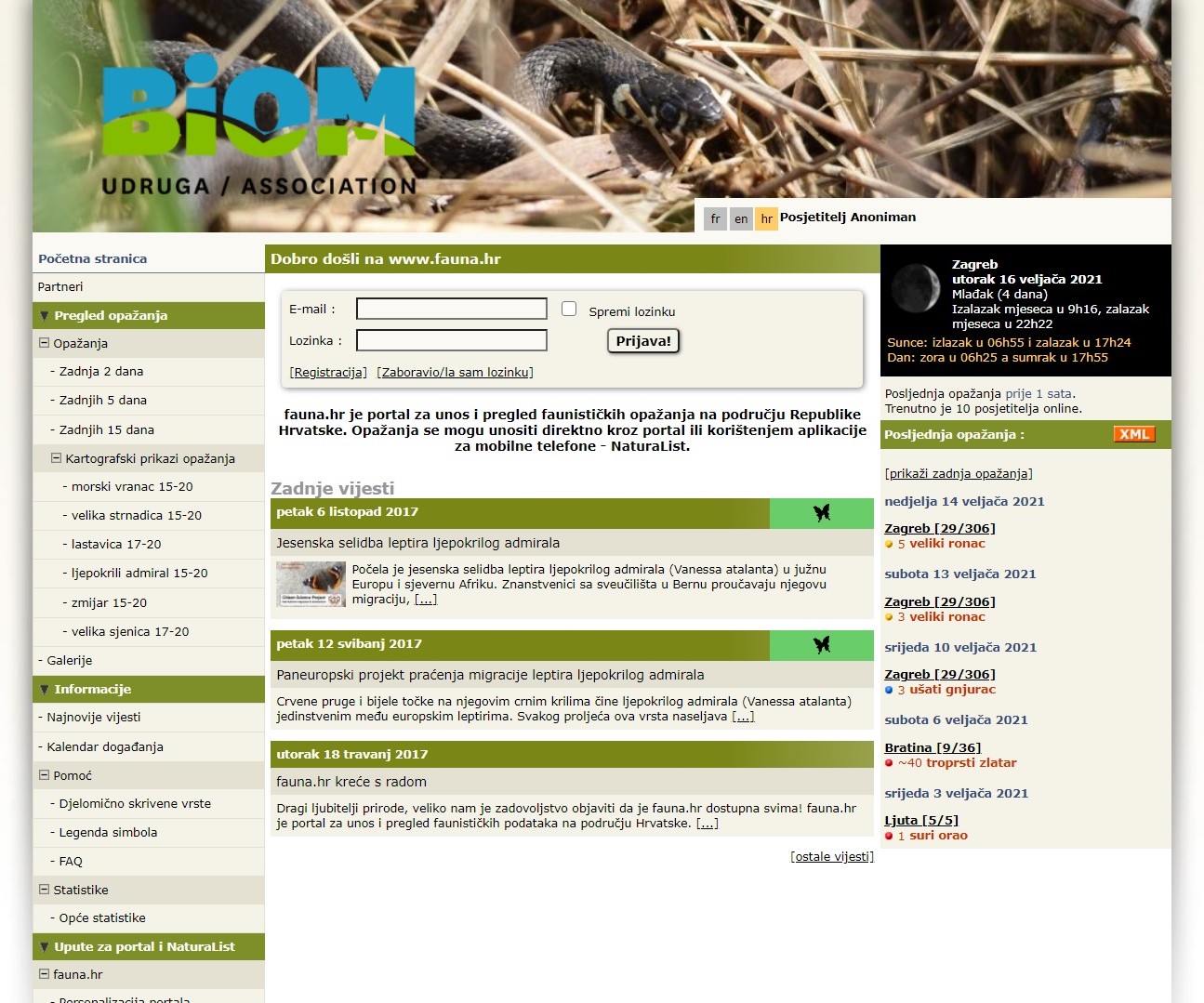 Vasilii Bastaev is a volunteer on the project Birds of a feather flock together, which brings together four foreign volunteers coming from four different countries. Over the next ten months volunteers will help with conservation operations for endangered seabird population on Lastovo Island, participate in the activities of Beli Visitor Centre and Rescue Centre for Griffon Vultures, assist in bird ringing at the ornithological camp at Ucka Nature Park and organise various educational activities in Zagreb. The project is funded by the European Solidarity Corps programme. 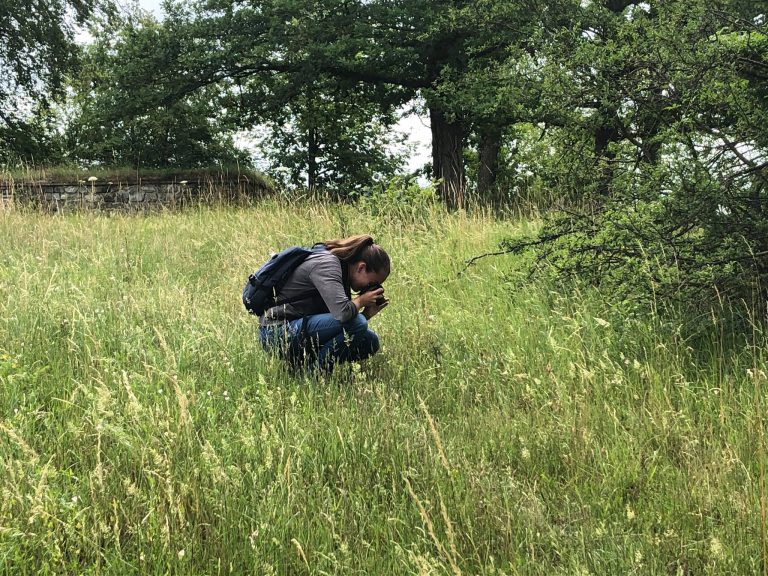 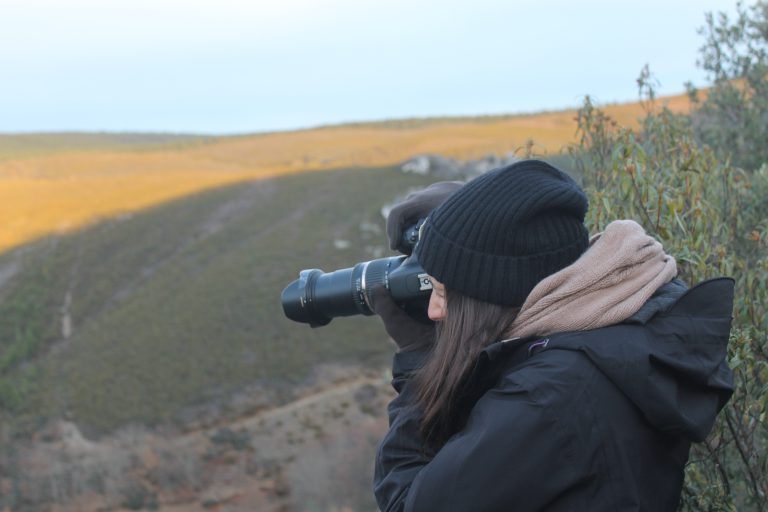 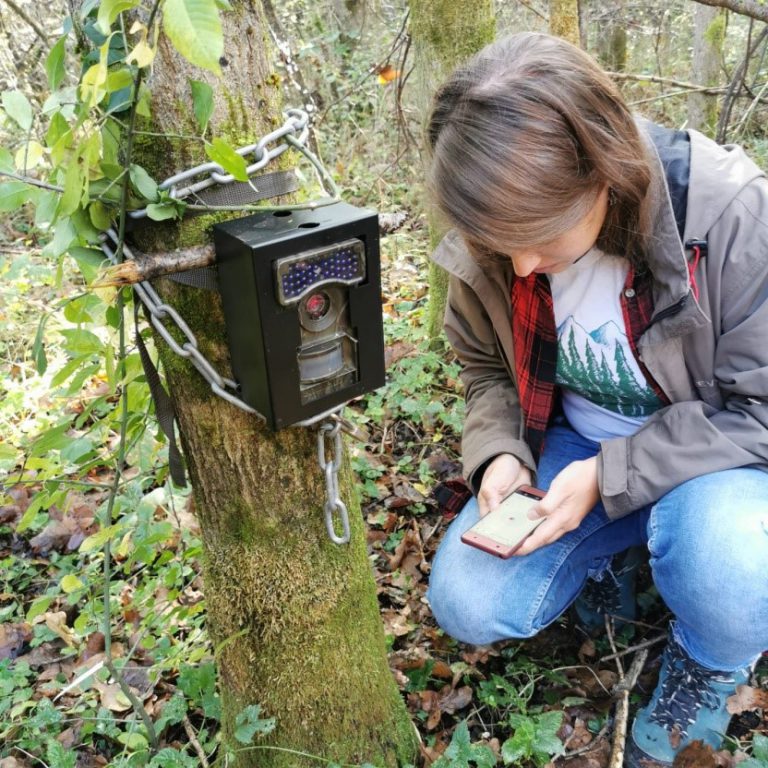